The North East's top tourism businesses were celebrating last night after picking up Bronze, Silver and Gold awards at the VisitEngland Awards for Excellence.

Seaham Hall Hotel, County Durham, was named England's Small Hotel of the Year when they won Gold at the awards.This success was followed with two Silver awards for Hotel Indigo Durham in the Large Hotel of the Year category and Triple A Food Tours, Newcastle, for the New Tourism Business Award.

Seaham Hall Hotel beat off stiff competition from No.15 by GuestHouse in Bath and The Idle Rocks, Cornwall, who both received silver.
The accolade follows a number the hotel has received in recent years including North East Chef of the Year for Jr Sous chef Kyle Greenwood at this year's competition in May.

The annual VisitEngland awards were held at Birmingham Library last night (WED) and were presented by TV Presenter Claire Balding CBE. They celebrate and champion innovation, quality and best practice across the industry recognising businesses and individuals who raise the bar of England's tourism offer.

The region's four finalists qualified for the national awards after picking up Gold at the North East England Tourism Awards (NEETA) held in March.

Sarah Green, chief executive of NewcastleGateshead Initiative, who deliver the NEETA awards, said: "What an awesome night for the region! A massive congratulations to all our finalists. It's an incredible accolade to have England's top Small Hotel here in the North East and demonstrates the commitment, passion and quality of our tourism businesses.

"It was fantastic to see our businesses supporting each other on the night. I'm delighted that all our finalists have been recognised in their own right for the wonderful experiences they offer visitors to the North East."

Ross Grieve, Managing Director of Seaham Hall, said: "We are absolutely thrilled to have been recognised for this prestigious accolade in the VisitEngland Awards. It is truly an honour and one very much shared with the entire team at Seaham Hall. We are very grateful for the team's passion and ongoing commitment; our fantastic, very loyal guests, are also a huge driver in terms of our success.

"Seaham Hall is very much a destination it its own right, and we proudly champion the region, promoting the beautiful heritage coastline, the city of Durham and the many reasons to visit and spend time in the North East of England to our guests which travel to us from all over the country."

For a full list of the VisitEngland Awards for Excellence go to visitengland.com/visit-england-awards-2022-winners 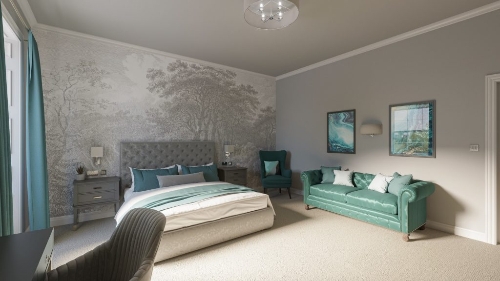 Macmillan's new collection of wedding favours are beautifully crafted and are a great way...

Wedding season is here and to mark the occasion Cameo, the celebrity engagement platform, has...

Many couples plan their wedding down to even the most minute of details, but ethical jewellery...

The Photography Show & The Video Show is...

We have a great line up of experts to give you first hand advice and discussions about bridal fashion, hair, makeup, to name but a few!

Take a look at our Celebrity Interviews!